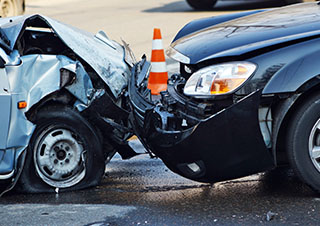 Which Parties Can Be Held Liable in a Car Accident?

You have recently been in a car accident.  Everything happened in a split second.  Was it a multi car pile up or did someone rear end you at a stop light?  After trying to piece apart everything that occurred how do you determine who was at fault?

Fault for causing an accident is either created by law or defined by common law.  Common law recognizes four basic levels of fault:

Negligence means careless or inadvertent conduct that results in harm or damage.  One can be negligent by failing to yield the right of way or actively doing something like running a stop sign.

Reckless or wanton conduct is when there is a willful disregard for the safety and welfare of others.  Strict liability may be imposed, even in the absence of fault for accidents involving certain defective product or extra hazardous activities.

Under common law, individuals who have caused a car accident have committed a tort, a private wrong against another.  If you have committed a tort you are referred to as a “tortfeasor”.  Many car insurance policies refer to people who are at least partly at fault for an accident. If the driver has engaged in intentional or reckless misconduct such as drunk driving there is no question who would be at fault.  When there has been a car accident it can be harder to determine who is at fault.  Sometimes more than one motorist may be found responsible in the case of an accident and multiple tortfeasors will become part of the case.  The state will have to determine who must pay for the damage to the property and individuals who were involved in the accident.

Every state has different laws on how vehicles can operate on the road.  Many of these statues are versions of the common law while others are the result of legislative initiatives.  Any violation of these statutes may lead you to be considered negligent in the case of your accident or fault may be established by citing a statute that has been violated.  The easiest way to apply proximate cause for an automobile accident is to see whether the accident would or would have not have occurred if there were no violations in congruent with the accident.

The police don’t always come to the scene of an accident but if they do they usually make an accident report especially if there was any sort of injury.  Make sure to get a copy of the accident report from the police officer after it is filed.  These reports are the observations that the police officer has made at the scene of the accident.  If any tickets were issued they will be documented in the report and it will contain evidence of any liability.  This report may be key evidence for your insurance company.  If there is an error in the police report, it can be fixed especially if there is a factual error.  If you feel the error has to do with who is at fault you should contact a personal injury attorney immediately to represent you in your case.

State traffic laws, otherwise known as vehicle code are often put together in easier terms as rules of the road.  You can find these at your local DMV or online when you research vehicle codes.  Have the exact wording of the code so you can relay it to your insurance company.  When no fault car accident liability is involved the insurance company will try to settle immediately since the accident will be one driver’s fault.

Rear end collisions are the most common type of car accident.  When a car hits you from behind it is almost never your fault even if you were stopped at a traffic light or stop sign.  According to basic driving rules, is that you are supposed to leave enough room in front of your car to stop if the car the car in front of you stops abruptly.  When the damage on the car is at the rear end of one and the front end of the other you will clearly be able to see who was at fault.  But what if the driver that rear ended you said someone pushed into them from behind causing the chain reaction? This doesn’t affect their liability for the damage done to your car.  Although usually the other driver is at fault, if you were negligent by having your brake lights on or a flat tire you could partially be at fault as well.  This is known as comparative negligence and could reduce your monetary compensation.

Left turn collisions are almost always at fault of the driver who is making the left hand turn.  Cars coming straight into the intersection most always have the right of way.  If the car going straight through the intersection is speeding or runs a red light, this may shift some of the liability away from the car that is turning left.  If the car started to turn left while it was still safe but was forced to stop because of some unforeseen circumstance, the liability may be shifted.

While most accidents can be resolved at the scene by exchanging insurance information sometimes injuries can show up at a later time.  If you have recently been in a car accident and have been injured call us today at 716-854-1446 and we can make sure you get fair representation in your case.