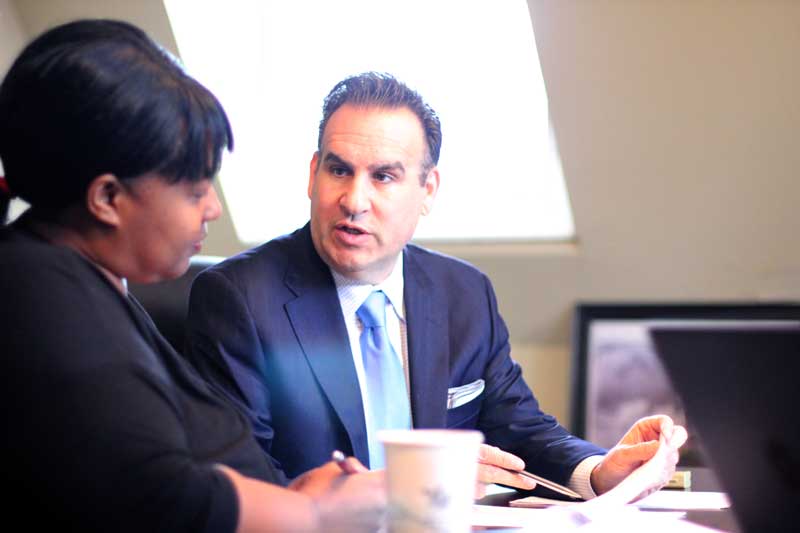 Under New York State Workers Compensation Law, a death will be deemed compensable if the Estate proves the Claimants work or work injury contributed, predicated, or played a part either directly or indirectly in the decedents demise.

Additionally, there are multiple presumptions in favor of the Estate that can be used in proving causation of the death to the decedents work.

After protracted litigation, Losi & Gangi was successful in obtaining benefits for two Estates in death claims under the Workers Compensation Law.

A registered Nurse working for the Buffalo Psychiatric Center was originally injured on 10/13/2010. She hurt her back, right shoulder, and neck. She had multiple treatments including surgeries and medications including opioids. Unfortunately, on 5/15/2013 the claimant committed suicide. On behalf of the Estate, Losi & Gangi claimed that the Claimants ultimate suicide was related to her pain, treatment, stress and opioid medications from her ongoing Workers Compensation Claim.

After protracted litigation, and shortly before trial, Losi & Gangi was able to obtain Workers Compensation Benefits for the claimant’s husband and two daughters from her date of death until present. Additionally, the husband will continue to receive weekly benefits for the rest of his life.

In a second death claim, Losi & Gangi obtained a settlement for the widow of a local Attorney who worked for a Personal Injury Firm.

The claimant was a 43-year-old attorney who, while arguing a motion in court experienced sudden onset of sharp and severe leg pain. He suffered an aortic dissection and was rushed to the hospital. After a lengthy hospital stay, the claimant ultimately perished due to multi organ failure and infection.

The defense presented evidence that the death was not related to his employment but rather it was due to some previous health issues.

Just prior to trial, a settlement was obtained compensating the widow and avoiding the uncertainty of future litigation.